Lebanese President Michel Aoun said Saturday that a solution would be found for the formation of a new national unity government, blocked because of a political disagreement for more than six months since the legislative elections last May.

The President of the Republic announced this fact during his meeting with the head of the Melkite Greek Catholic Church and the rest of the East, Alexandria and Jerusalem Patriarch Youssef El-Absi who visited Baabda at the head a delegation of bishops of the Roman Catholic Church in Lebanon and the region, as well as the countries of the diaspora, at the end of the synod held last week at the Patriarchal Headquarters in Rabwa. 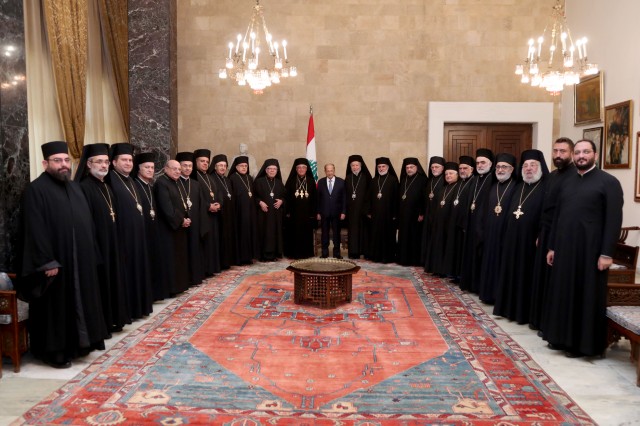 During the meeting, President Aoun told Patriarch Youssef El-Absi that no effort would be spared to resolve this problem. “The matter requires bravery and patience to reach the end, but we will find the solution because waiting is a waste of time.”

President Aoun reiterated the warning that some people were seeking unacceptable and unjust solutions by settling Palestinians and Syrians where they are.

“If that happens, it will be the biggest massacre of justice in the world,” he said calling upon the Greek bishops Melkite to help find a solution based on the safe and voluntary return of Syrian refugees to their homeland, because ” linking their return to Syria to a political solution is very dangerous. ”