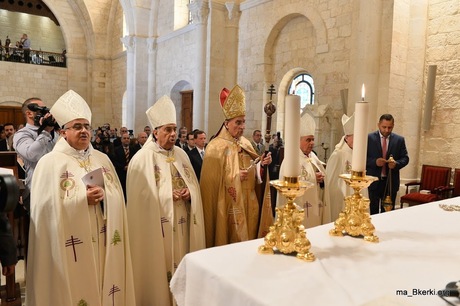 The Maronite Patriarch Cardinal Bechara Rai chaired Monday a mass service in appreciation of France and prayed for its prosperity, and peace. Rai extended his prayers for the French people, who will also elect a new president, in the near future.

The Holy Sermon was attended by the French Ambassador Emmanuel Bonne and a number of the French embassy employees.