When Francis Fukuyanna declared the “End of History” at the turn of the century, he certainly overlooked the Middle East, where history has had a future – and a bright one indeed.

At the beginning of the 20th century, nationalism made headway in the Middle East, influenced by European nationalist thought and movements. It was also the early stirrings of secularism.

The new post-World War II political order in the Middle East did not differ from the norm, present in other regional orders. Newly established states gained independence after WWII, military-based regimes took over and ideology gained prominence. The Cold War was fought out in the Middle East, just as in other regional orders. Where the region differed, it was the Arab-Israeli conflict, the longest regional conflict in the post-WWII international system, defying settlement till now. Of the five major Arab-Israeli wars since 1948, the 1967 War was a turning point affecting states and societies.

If the “Arab Awakening” marked the transition from Ottomanism to Arabism in the early 20th century, the return of political Islam marked post-1967 Arab politics. To be sure, political Islam was not a newcomer to the region, but was weakened since the 1940s and could not compete with the two dominant variants of Arab nationalism, Nasserism and Baathism. The 1967 debacle was an irreversible setback to the Arab nationalist camp and an opening for its adversaries. The Muslim Brotherhood movement was the most predisposed to resume a political role, turned violent in the early 1980s, especially in Egypt and Syria.

Then came the Islamic Revolution in Iran, toppling the shah in 1979, and monopolizing power. The eight-year war between Iran and Iraq in the 1980s widened the sectarian rift and intensified competition over Islamism, particularly between Iran and Saudi Arabia. The takeover of the Mecca Mosque by extremist Wahhabi Islamists was a reflection of mounting radical Islamism in defiance of one of the most conservative Islamic orders in the Muslim world. In the meantime, the last battles of the Cold War were waged in Afghanistan, where Saudi-backed Islamist groups joined the fight alongside the United States to end Soviet occupation.

Terrorist attacks on Sept. 11, 2001, brought the battle back to the Middle East, as the George W. Bush administration hit Al-Qaeda bases in Afghanistan. The surplus of power after Afghanistan enabled Washington to invade Iraq, a country not involved in the 9/11 attacks. In fact, the U.S. invasion of Iraq was based on faulty information that Iraq possessed weapons of mass destruction. The invasion and the mess it provoked inflamed existing political, religious and sectarian fault lines. By the time the U.S. Army withdrew from Iraq, the “New Middle East,” that the Bush administration sought to establish, was back to the most deeply entrenched fragmentation in religion and politics.

Following the end of the Cold War, the Arab world’s authoritarian regimes were spared the kind of democratic change that swept Eastern and Central Europe and, prior to that in the 1980s, countries in Latin America and Asia. For two decades, Arab regimes were the exception to the norm, until the Arab Spring took both rules and ruled by surprise.

The Arab Spring was not a uniform event. Tunisia and Egypt produced patterns of change, which differed from uprisings and their outcomes in Libya, Yemen and Syria. Islamist groups were the immediate beneficiaries. Different patterns of change shaped the course of Islamist politics in Egypt and Tunisia, while Yemen, Libya and Syria were ravaged by wars, drawing military interventions by major powers.

In the last few years, a different Middle East has emerged, instigated in part by the Arab Spring and its aftermath. Its main features include:

First, for the first time since the downfall of the Ottoman Empire, states have disintegrated and societies were factionalized perhaps beyond repair. In Libya, Iraq and Syria, it has become increasingly difficult to generate a viable and stable sociopolitical order in the years to come. Most hit were states in the Arab east and most targeted were minority groups, Christians and others.

Second, Islamist groups have come to power or are active political actors. Tunisia has been the most successful model of democratic transition for reasons having to do with the balance of power in the country and the careful and moderate handling of leaders in the Islamist and the secular camps. By contrast, Egypt’s military rule repressed Islamists, while the latter established authoritarian rule. The dichotomy between moderate and radical Islam, prevalent before Islamists came to power, has ceased to apply since the behavior of Islamist groups is practically relevant once in power and not in the opposition.

Third, Salafi-jihadi groups compete with Islamists in several Arab countries. This is an unprecedented phenomenon. Jihadi wars have no limits, territorially, politically and otherwise. This is a challenge to Muslims and non-Muslims in the Middle East and elsewhere.

Fourth, while Iran has never concealed its intention to “export” its Islamic Revolution, Turkey’s President Recep Tayyib Erdogan has embarked on a policy of support to the most violent Islamist groups in Syria and is seeking to Islamize Turkish society in the hope of reversing the secular state. Turkey has drifted to authoritarianism and clashed with Arab neighbors, Russia, and the European Union over the refugee crisis.

Fifth, the Syrian war produced a new kind of cooperation between Russia and the United States. After years of retreat, following the end of the Cold War, Russia regained political and military momentum through the Syrian war. Moreover, the 2015 Vienna Accord ended the 30-year conflict between Iran and the international community, particularly the United States. This also ended the monopoly of privileged relations between Washington and Riyadh, though the U.S. remains committed to Gulf security.

The Middle East today is the sick man of the international system, just as the Ottoman Empire was the sick man of Europe in the late 19th century. It is in search of a new equilibrium, at a time when everything is in flux: states, societies, and the role and place of religion in both.

When the Islamic Caliphate was abolished following the downfall of the Ottoman Empire, Muslim scholars, mostly Azhari-based, initiated a movement of reform that did not clash with the West. European progress was then viewed by Islamists as a model to emulate within an Islamic mold. Today, by contrast, the self-proclaimed caliph, the leader of Daesh (ISIS), has declared holy war on Muslims, non-Muslims and the rest of the world. Samuel Huntington wrote a book in the mid-1990s on the Clash of Civilizations, while Abu Bakr al-Baghdadi is fighting war against the « infidels », thus targeting culture, human values and religion.

Until the dust settles, the cycle of violence is likely to continue. Tolerance is in short supply and dialogue on fundamental issues of discord is in search of interlocutors. It is unfortunate that the choice in today’s Middle East is between bad and worse: authoritarian stability and civil wars.

The balance between democratic rule and stability has not yet taken root in present-day Middle East. There are no apparent scapegoats and no foreigners to blame for the ills of the region. Power brokers are yet to chart a new course, away from authoritarian rule and religious fanaticism.

Farid el Khazen is a member of the Lebanese Parliament and professor of politics at AUB. He can be reached at: faridelkhazen@yahoo.com. 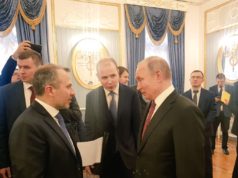 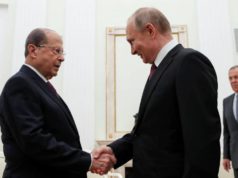 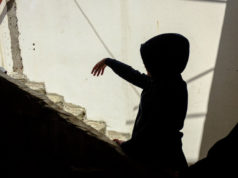